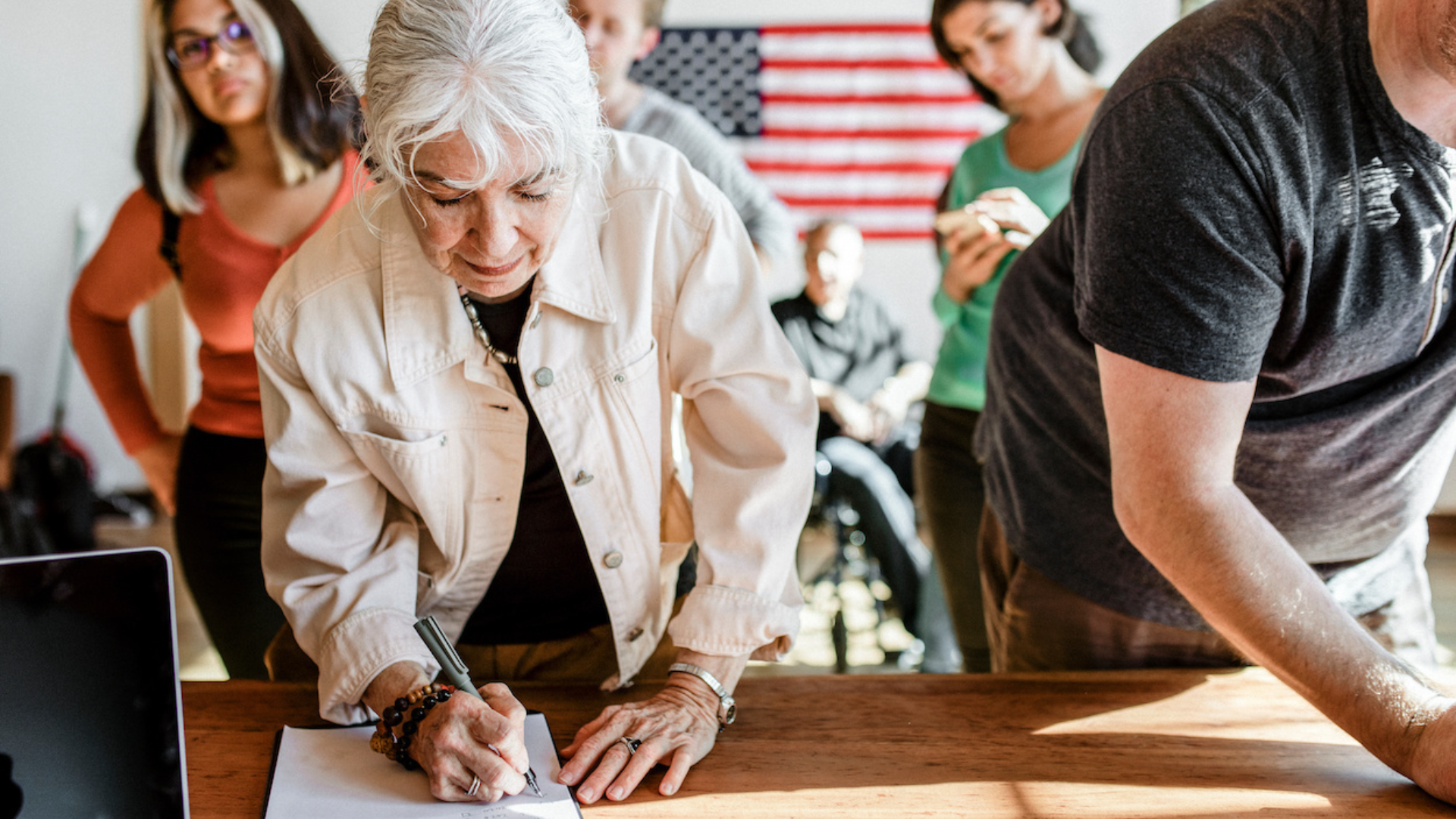 Resetting our vision for America

As the nation approaches the 4th of July, we do so while reeling from some of the biggest challenges to American democracy faced in generations - perhaps, ever.

This period is more than turbulent - it shakes our grounding in a social contract that promises safety, equality, and protection under the law. As the January 6th commission surfaces evidence of efforts to overturn the will of the American public, we are also seeing:

Against the grim backdrop of the threats to American democracy and to being an American, there is also a growing movement of Americans who are connecting their fates more closely with that of their neighbors. Americans who are sensing that the threats to individual identity groups - be they Black Americans, LGBTQ+, refugees and immigrants without status, Asian-Americans, Jews, Muslims, women, and White Americans peddled a harmful identity narrative - these individual threats are part of a larger whole, with disrupting solidarity, cooperation and fairness in the name of graft and corruption as their goal. Thousands of miles away, these are the same tactics being used by Putin and his allies.

That’s why this moment calls on us to step back to grasp hold of the larger question that must be answered definitely for our democracy;  is the ability to define one’s self as American rooted in race, creed, origin, identity or ability? Or does the value of equality transcend these superficial distinctions  - to define us as American by our commitment to the principles of life, liberty and the pursuit of happiness for all?

Ultimately, democracy - even one that promises equality - will remain an abstract concept when its promises feel disconnected from the possibility of a materially better life for people already struggling to put food on the table, when inequality grows under its banner. Uprooted from a moral and material grounding in what democracy can deliver, consumers will choose another brand - likely one with harmful consequences for all Americans. That’s why returning to the purpose of our democracy, our role, benefit and belonging in it, is an urgent task.

As America wrestles with these questions, we can look outward as well as inward. In 1996, South Africa transitioned from a period of extreme violence and out of apartheid into a still-incomplete project of multiracial democracy. In doing so, its Constitution was rewritten, an effort that involved millions of South Africans in reshaping that vision, which gave rise to this preamble:

We, the people of South Africa,
Recognise the injustices of our past;
Honour those who suffered for justice and freedom in our land;
Respect those who have worked to build and develop our country; and
Believe that South Africa belongs to all who live in it, united in our diversity.

In four years, the United States will celebrate its 250th anniversary. Against the backdrop of so much disunity, the power of communities and grassroots leaders to reframe and reset our own vision for the America we are becoming has never been more important. Perhaps one day it will lead to a new Constitution that reimagines the America we can be when equality is fully extended, and pluralism fully embraced.

Until then, the authors of our living Constitution in practice must be those of us who believe enough in the civil and human rights of all people to keep striving to see them not only protected, but treated as the defining feature of what it means to be an American. Our own backyards are where that value in practice can be lived out - as hundreds of welcoming communities remind us every day in their work to redefine who belongs, and ensure that more of us do.

Here are some things you can do in your own community:

Invest: Help communities uphold basic rights for all people, including immigrants, with your gift to Welcoming America today.

Act: Join us for Welcoming Week and reinforce a message of hope, solidarity and action toward values of belonging for all. Learn more

Prepare: As we head into a tumultuous period and toward elections, learn from our partners at Western States Center about resources for countering organized bigotry and white nationalism and strengthen your community's resilience against polarization and violence through Over Zero’s guide to resilience networks.