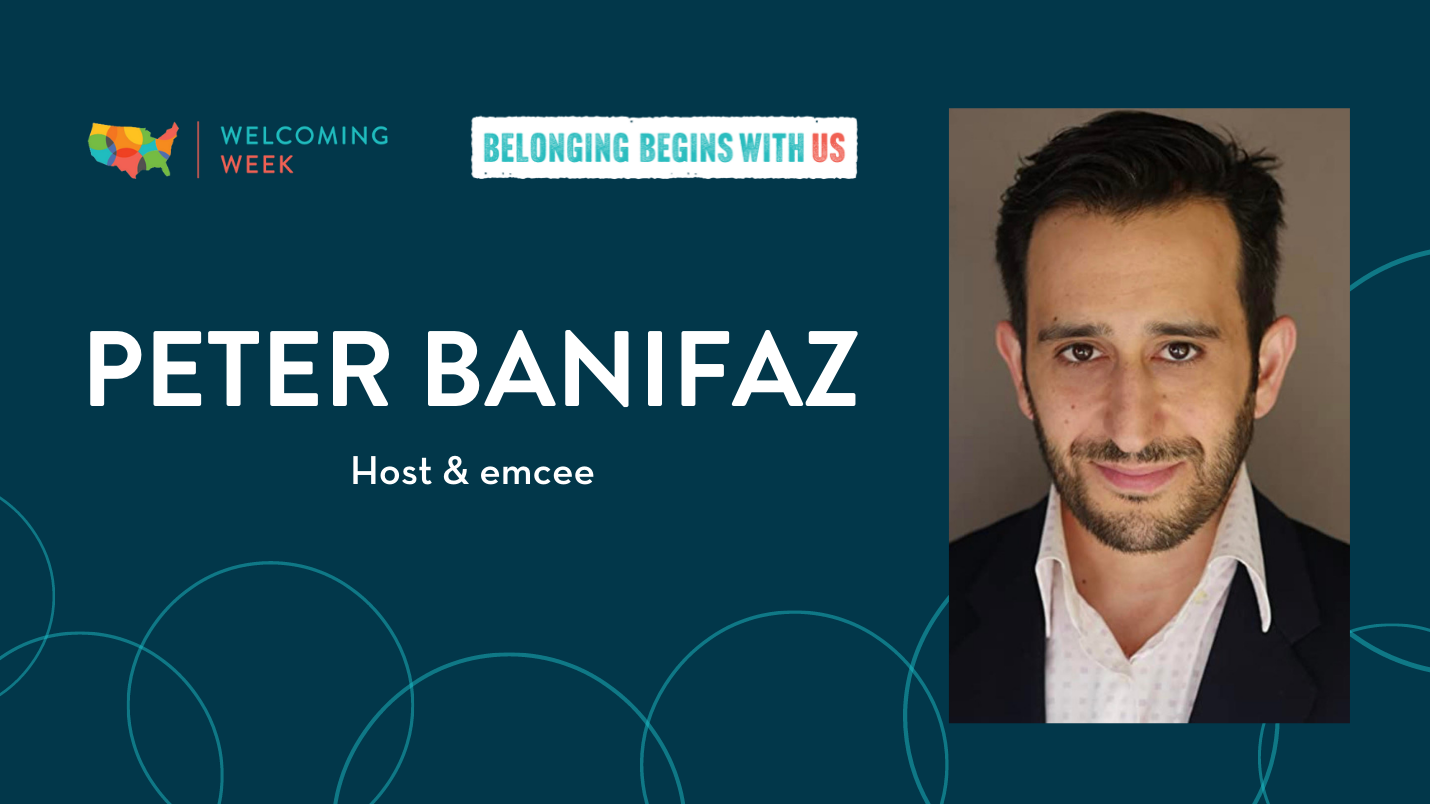 Decatur, GA — Welcoming America is thrilled to announce Peter Banifaz, an Iranian-born American actor, comedian, and writer based in Los Angeles, as the official emcee of this year’s Welcoming Week virtual kickoff event on September 9.

In addition to his recurring role on the Emmy-nominated show on Showtime, Shameless, Banifaz’s acting credits include Veep, Brooklyn Nine-Nine, Criminal Minds, and more. He has been performing improvised and sketch comedy for over a decade, and regularly posts skits on social media.

Born in Tehran, Banifaz immigrated with his family to the United States to escape the Iran-Iraq War, which took place from 1980 to 1988.

“I’m an immigrant. I know firsthand how difficult it is to transition from one country to another, and from one culture and language to another,” Banifaz says. “Welcoming America is an incredible organization providing resources to immigrant families just like mine, so I’m proud to be involved in this wonderful virtual event and with an inspiring mission.”

“We’re thrilled that Peter Banifaz is bringing his immense talent and personal story to kick off this year’s celebration of Welcoming Week,” says Rachel Perić, executive director of Welcoming America. “We are inspired by his vision and passion, along with the many artists who have come to play a powerful role in welcoming efforts. We look forward to seeing how it inspires others to foster a world in which each of us belongs and thrives.”

The virtual kickoff event is open to the public and can be viewed on Welcoming America’s YouTube channel and Facebook Page beginning Thursday, September 9 at 6 p.m. Eastern Standard Time.

Since 2012, Welcoming Week has served as the annual campaign and celebration led by Welcoming America to showcase the growing movement of communities striving to be more welcoming places for all, including immigrants. By fostering mutual respect and cooperation between new and long-time residents, Welcoming Week brings together people across lines of difference toward greater prosperity for all. Learn more at welcomingweek.org.

Welcoming America is a nonprofit, nonpartisan organization that leads a movement of inclusive communities becoming more prosperous by ensuring everyone belongs. We believe that all people, including immigrants, are valued contributors and vital to the success of our communities and shared future.

Through the Welcoming Network, we work to change systems and culture by providing communities the roadmap they need to create welcoming policies and share new approaches to inclusion to create an environment where everyone can truly thrive. Learn more at welcomingamerica.org.