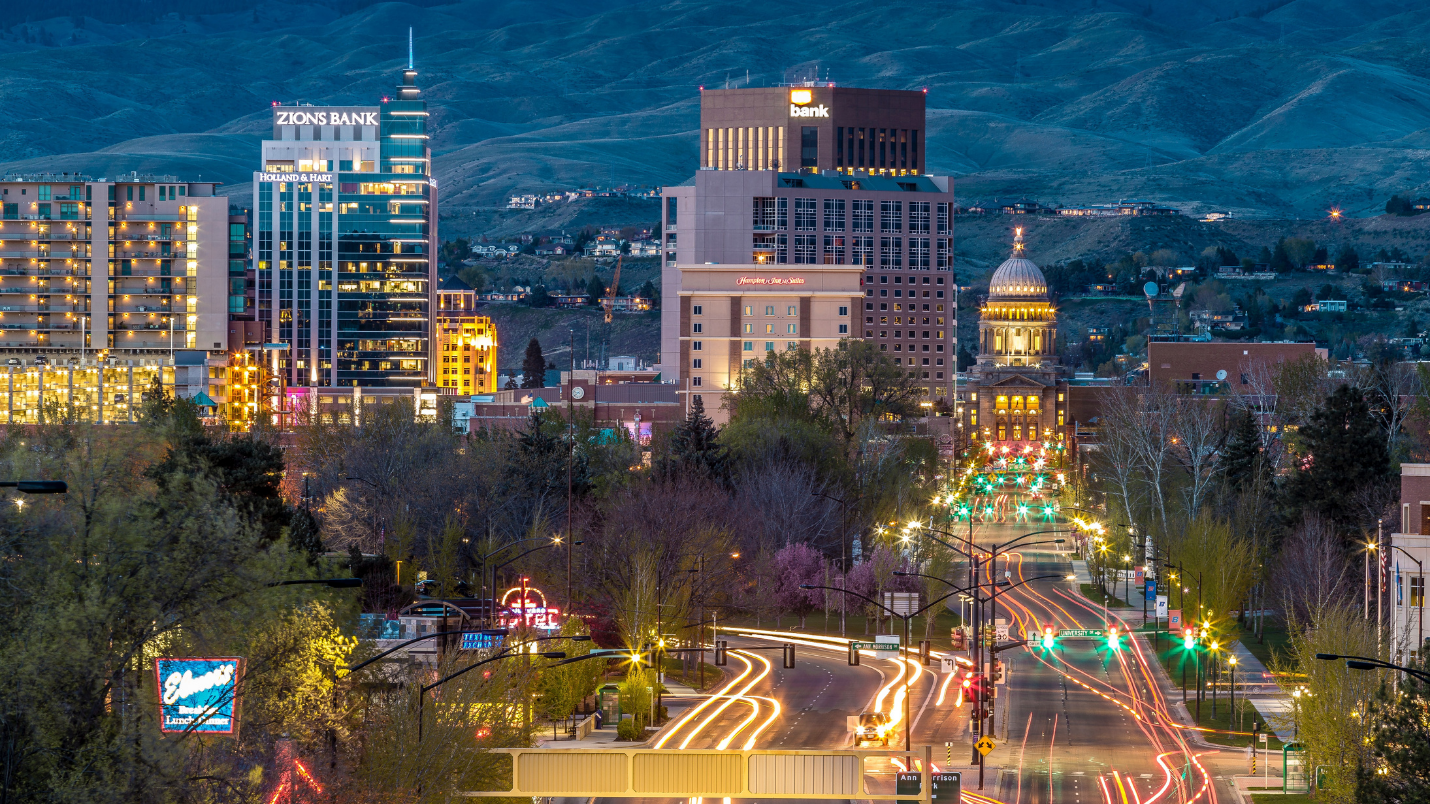 Tecle Gebremichael earned the right to vote as an American citizen after emigrating from Ethiopia to Boise, Idaho just seven years ago. A language service provider, Army reservist, and head coach for the high school soccer team, Gebremichael embraced the chance to help other new Americans exercise their voting rights during the 2020 election season by going door to door at Towne Square Apartments, looking for eligible voters.

“It was such an amazing feeling to see a lot of people volunteering for the New American Voter 2020 project,” he recalled.

As of 2021, 74 percent of refugees in Boise were from the Democratic Republic of the Congo. Others came from Afghanistan, Ukraine, Burundi, Iran, Mexico, Sudan, and Rwanda.

Neighbors United, a partnership in the Boise metro area dedicated to serving refugees, had joined the national initiative New American Voters 2020. This was the first organized effort by the network’s over 100 members to inspire refugees to get to the polls and use their voice.

The outreach was supported by the Idaho Office for Refugees and Welcoming America as part of the Belonging Begins With Us campaign. In all, Neighbors United reached 11 apartment complexes and two communities of faith, reaching almost 500 voters and knocking on 200 doors before and during Election Day. The volunteers offered free rides to the polls the entire day.

“I felt like Election Day was the best day of my 2020. I felt like I did something important this year,” Gebremichael said.

The voter mobilization effort was one way to connect newcomers to Idaho-born neighbors and the community. “Our goal is to create a strong network to help refugees which, in turn, helps other people with different needs in the Treasure Valley,” said Idaho Office for Refugees Director, Tara Wolfson.

With the pandemic ongoing, community partnerships were needed more than ever.

Home cooking around the world

At the height of the pandemic, the Idaho Office for Refugees and its partners had to improvise ways to connect communities without being in person.

They came up with a winner: a six-part, online cooking series featuring local chefs to make dishes from their home countries, which included Laos, Syria, Kenya, Venezuela, The Gambia, and China. They called it Cross-Culinary Kits & Culture.

From September to February, participants ordered a recipe kit from the Idaho Office for Refugees with the ingredients needed to make a dish inspired by a local chef. Once the kits were received, they logged into Zoom at the designated time for a live, interactive cooking class with the chef and learned how to make the dish, as well as the history and culture surrounding it.

With the help of word-of-mouth referrals and stories on Idaho news outlets, the classes began selling out within hours. Aiming to strike a balance of wide and deep connections between participants, organizers kept the groups limited to six participants so everyone could interact. Later, they opened two classes per month each for two hours in length, and intentionally tried to mix new and returning participants in each class.

“The series was so popular, we are continuing it and figuring out how these classes will be funded in the future. We want to make sure people from all economic backgrounds can participate, cook, and learn with us,” Wolfson said.

By the time they hosted 10 classes, the program had engaged nearly a thousand participants across 389 households, 222 of which were unique households that had not repeated a class.

As one home cook wrote in an email to the Idaho Office for Refugees: “Yesterday, I enjoyed a two-hour Zoom class on Venezuelan cooking. Afterwards, I felt practically giddy. It was the best, most social experience I’ve had since social distancing started.”

Read about a Welcoming America staff member’s experience in a virtual cooking class.

An intimate meal and deep talk

Even in the pandemic, a group of immigrants and long-time Boise residents managed to pull off a limited in-person Bridge Dinner, albeit with masks and social distancing. Tecle Gebremichael joined the Bridge Dinner — hosted in partnership with Glocal Community Partners — with two white residents and a Congolese immigrant last October. Initially, 12 people had planned to join, but many had been exposed to COVID-19 and were no longer able to attend.

“Even though it was a small group, this allowed us to have deeper conversations about culture, community, and how they related to the [U.S.] political situation,” Gebremichael said. “It was one of the most enriching times of listening and learning I have ever had. “

With an abundance of extra food, the small group discussed their worldviews and racism in America. While Gebremichael was disappointed that the pandemic precluded a larger, more diverse gathering, he said the discussion was meaningful.

“Today, people are divided more than ever because we failed to have a thorough talk about our issues. That’s why I decided to join the events, and I am glad I did,” he said. “I have learned so much, [met] some new people, and I was heard when I needed to talk.”

The most challenging outreach effort turned out to be the Boise Farmers Market Partnership (BFM). With the farmers market shut down, and local farmers needing a way to connect with their customers, BFM converted its operation to a contactless market that depended heavily on volunteers.

“We saw this as an opportunity for people from immigrant and refugee backgrounds to be part of a community solution, and to encourage diversity and inclusion in the Boise Farmers Market.”

In June, the Idaho Office for Refugees jumped in and contracted two volunteer coordinators with refugee and immigrant backgrounds to recruit volunteers. While they made strong efforts, it was challenging to recruit volunteers for the in-person events. Additionally, Wolfson said that the volunteers did not always feel welcome at the market, with masks impeding their communication with others.

Nevertheless, Wolfson says the project ultimately created opportunities for the market to be more welcoming, eventually leading to one of the coordinators to join the BFM board of directors.

“The activities we did with the [Belonging Begins With Us] grant were really about partnering and integrating, [especially through] the cooking classes,” she said.