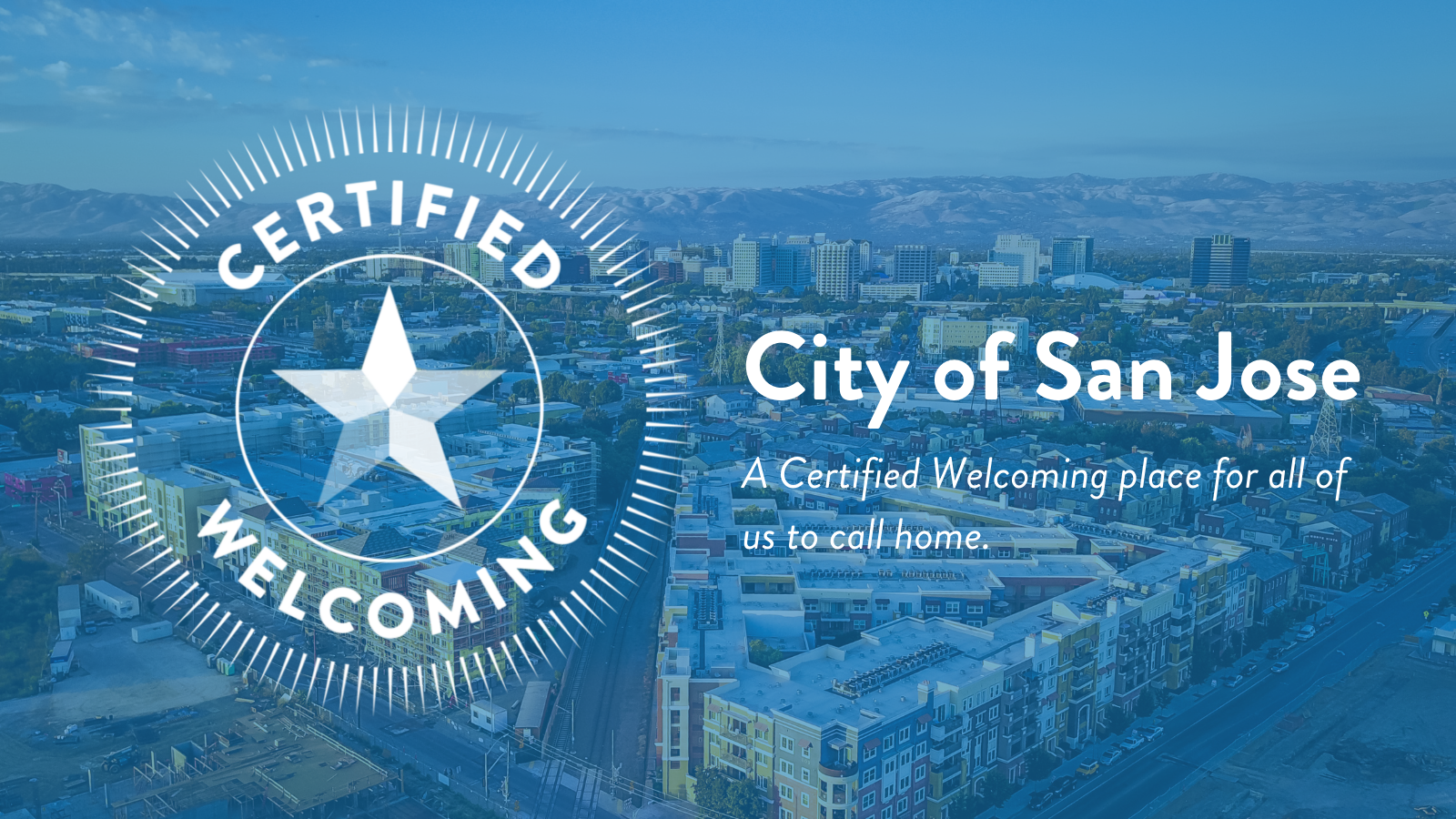 DECATUR, GA — Welcoming America announces today the City of San José, California, as Certified Welcoming, the second in the Golden State to achieve the status.

Rachel Perić, executive director of Welcoming America, said: “As the largest city in our nation’s center of technology and innovation, San José’s designation as Certified Welcoming sends a strong message that our economy and equitable policies must go hand in hand to achieve strong and shared prosperity for all, including immigrants.”

Certified Welcoming is a formal designation by Welcoming America for cities and counties that have created policies and programs reflecting their values and commitment to immigrant inclusion. Since launching in 2017, Certified Welcoming and its operating framework, the Welcoming Standard, have served as a roadmap for local governments seeking to build truly welcoming communities.

The process to become Certified Welcoming takes several years and requires a multi-sector effort involving not only the city manager’s office, but also local organizations, law enforcement agencies, the education sector, and more.

For San José, the Certified Welcoming designation reflects a culmination of immigrant inclusion efforts. In 2020, the city established the Office of Racial Equity within the city manager’s office to recognize and address systemic racism as part of immigrant inclusion. Additionally, the city created online and in-person curricula on civic engagement to boost participation from immigrants and non-immigrants alike.

“San José takes great pride in our shared immigrant heritage and longstanding history as a community where people from across the globe are celebrated,” said San José Mayor Sam Liccardo. “Our immigrant neighbors make enormous economic contributions to our community, enrich our culture, spur our innovation, and reinvigorate our collective passion for freedom.”

“While we celebrate the collective achievements of our community in gaining this recognition, we also recognize that it is merely an affirmation that we are on the right track and that there is much more work to be done to ensure that San José is truly a welcoming city in words, deeds, and actions,” said Director of The Office of Racial Equity, Zulma Maciel.

According to the city’s welcoming plan, nearly 40% of the population is foreign-born, with around 60% of children who have at least one parent who is an immigrant. In a 2014 report by New American Economy, immigrants in Santa Clara County (of which San José serves as the county seat) contributed an estimated $77 billion to the county’s economy.

About Welcoming America
Welcoming America is a nonprofit, nonpartisan organization that leads a movement of inclusive communities becoming more prosperous by ensuring everyone belongs. We believe that all people, including immigrants, are valued contributors and vital to the success of our communities and shared future.

About the City of San José
With more than one million residents, San José comprises the 10th largest city in the United States and one of its most diverse cities. San José’s transformation into a global innovation center in the heart of Silicon Valley has resulted in the world’s greatest concentration of technology talent and development.