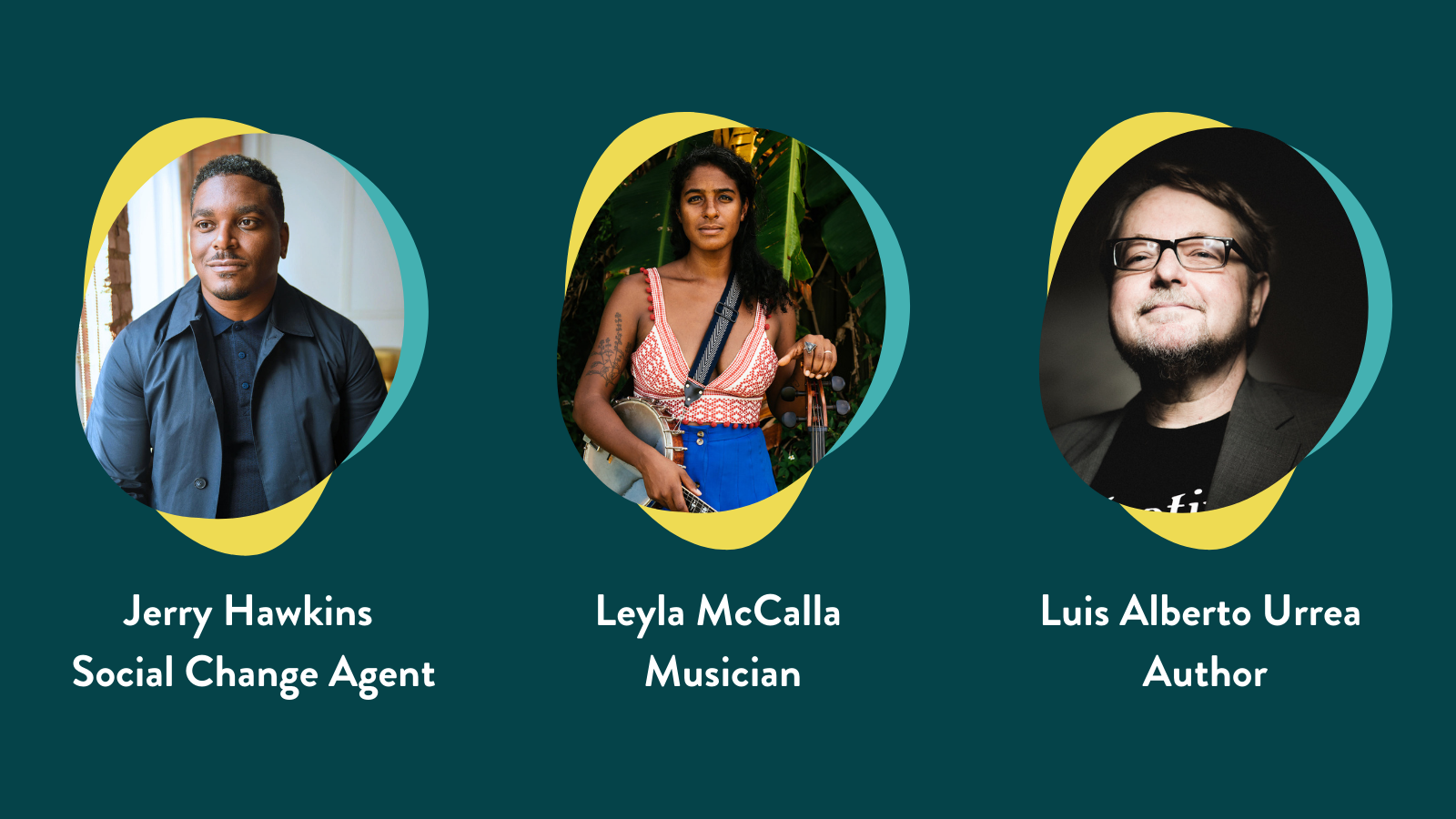 Welcoming America is thrilled to announce the three speakers to present at the plenary sessions of the 2022 Welcoming Interactive taking place in-person in Charlotte, North Carolina at the Westin hotel from May 18-20:

On participating in the 2022 Welcoming Interactive, Jerry Hawkins says: “I am excited to be in community with people all over this country who are working directly and indirectly on issues of welcoming. As a part of the national truth, racial healing and transformation movement, [my organization] Dallas TRHT uses a framework that explicitly names immigration and migration as ways to build connections with all communities, because every human has an immigration and/or migration story. I can't wait to connect with local leaders, culture workers, and organizers who are thinking about the intersections of immigration and/or migration to transform our country to a more welcoming one.”

Luis Alberto Urrea says: "I am thrilled to have the opportunity to support the wisdom and leadership of the Welcoming Interactive. Worldwide, everyone has an opinion about immigration. But this organization is addressing the issues and questions directly and creating a workable and fresh frame of reference, knowledge, and understanding that lead to action and transformation.”

To hear these speakers and more experts on immigration, inclusion, and belonging, join us at the Welcoming Interactive next month.