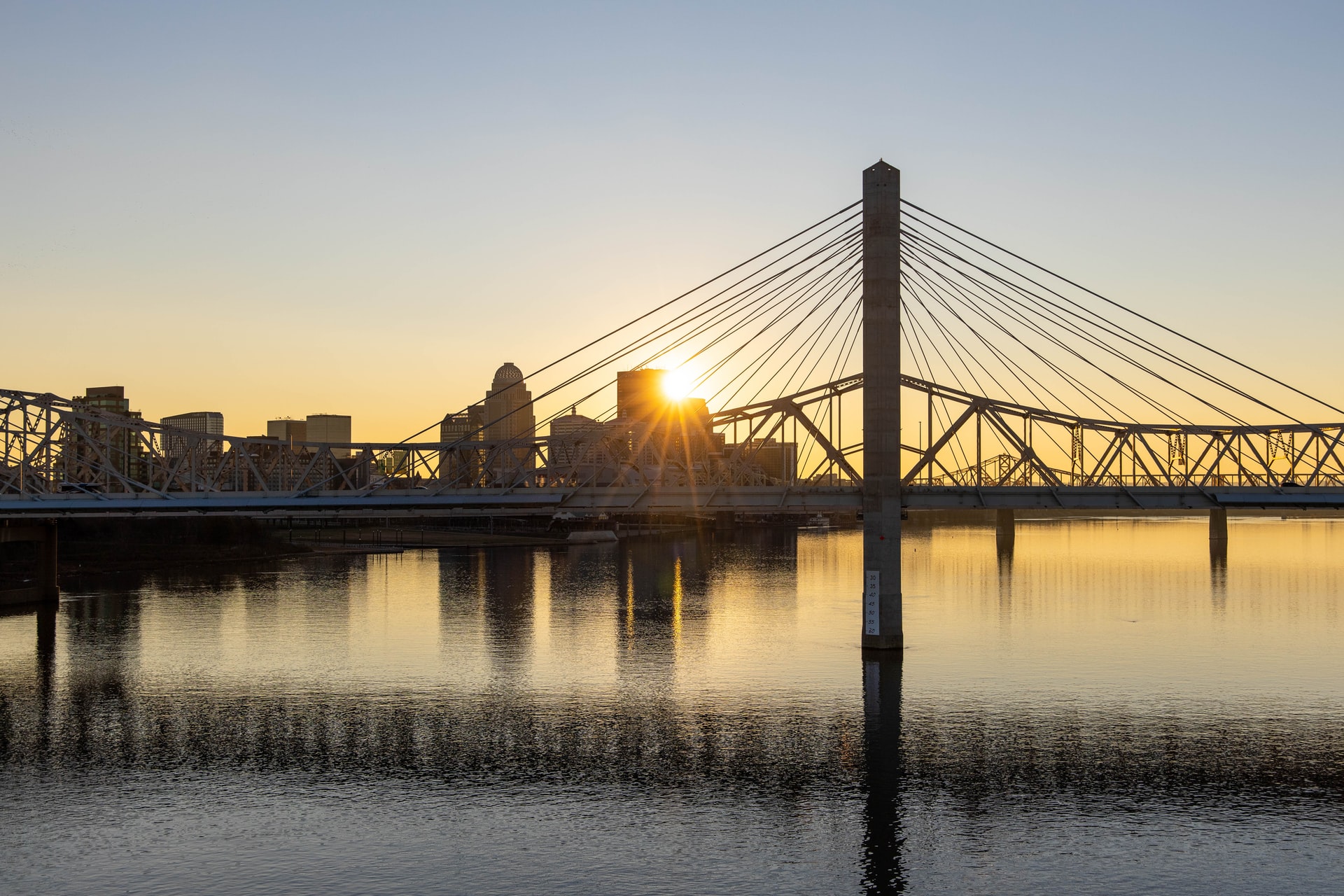 With a good job as a hotel manager, a car, and a home, Youssef Khalyl had what he considered a stable life in his native Morocco.

But he knew his children could pursue the American Dream, he said, if he could emigrate to the United States with his wife, Hanane Allioui, and their first three children. They moved to Louisville, KY in 2013 to build a new life and add a fourth child to their family.

The American Dream was beginning to take shape for the family, but without a major component: a home of their own. That part of the dream is about to be fulfilled, too. Two years after beginning the process, the family will own a brand new home with a big yard, thanks to Habitat for Humanity, with plans to move there this month.

“Finally we got our house. It’s a big surprise because I never thought about getting a house,” he said, given the cost and his religion’s proscription of taking out an interest-bearing loan, he said. “It’s a really nice neighborhood, quiet…with a big lot. It’s a really nice home.”

Even before moving in, Youssef Khalyl has a deepened sense of belonging in Louisville thanks to a series of workshops led and hosted by Catholic Charities of Louisville and Habitat for Humanity as part of the Belonging Begins With Us campaign. Thirty-two people participated in the first workshop, half from immigrant/refugee backgrounds, most of whom were originally from the Democratic Republic of Congo. The American-born participants were African-American and white.

Youssef Khalyl said the meetings allowed him to get to know future neighbors well and created a stronger connection to Louisville for him. In the two conferences, as well as others organized by Habitat, he said, “We got a lot of friendships, especially from my home country. We got to meet a lot of people. I encourage people from lower income families to do this program.”

In early 2020, Catholic Charities of Louisville had big plans for bringing refugees and established residents together to beautify parks, break bread, and break down cultural barriers.

But Louisville wasn’t spared from the COVID-19 pandemic, so organizers had to find ways to build bridges virtually in anticipation of the day when participants would become literal neighbors.

Colin Triplett, Resettlement Director-Migration and Refugee Services at Catholic Charities, and his team pivoted to coordinate virtual conferences among refugees and established Louisville residents who had one thing in common: they were all on their way to owning homes through Habitat for Humanity.

“We pivoted to incorporating what Habitat does, and this project has really strengthened our relationship with Habitat for Humanity,” Triplett said.

Brina Joiner’s day job is Catholic Charities’ Youth Programs Manager, but she embraced the challenge of creating Zoom conferences for future homeowners from around the world, some who spoke little or no English.

The first of the two-part series asked participants to talk about their identities, including national origin, gender, and race, and how those things impact how they interact with others.

The second focused on intercultural relationships and recognizing implicit biases.

“I would say the first workshop was informative and fostered self-reflection,” Joiner said. “The. second was more of a learning experience where we were able to incorporate scenarios and how to communicate across cultural barriers.”

In the second workshop, they gamed out scenarios that allowed the group to safely explore preconceptions and offered a chance to learn and change.

Joiner remembered one powerful moment when the participants were asked what a Muslim woman should do if they wanted to swim but stay covered. An American-born school teacher suggested that the woman should avoid swimming, but participants learned that Muslim women, in fact, have bathing suits that cover up most of one’s body and meet a standard for modesty for some.

Despite the physical distance, the exercise helped dispel misconceptions and begin to build relationships with people who will literally become neighbors in a neighborhood being developed by Habitat.

“During the first Zoom there was some participation, but moving into the second, the number of people who were willing to share really grew,” Joiner said. “Just showing how people were able to grow in their comfort level was impactful, especially because they may be future neighbors.”

Colin Triplett said the exercise has fostered deeper connections between Catholic Charities and Habitat for Humanity.

“It really strengthened our partnership with Habitat because we knew that many refugees took advantage of Habitat sweat equity component,” he said. “Developing cultural competency, understanding the idea of community is all about your history, where you came from and experienced. For refugees, this is a decades-long journey.”

“We have a lot of light manufacturing, food manufacturing, a UPS hub, Amazon warehouses. The wages people are getting are hitting $15 to $16 an hour, and people can get a job very, very quickly,” Triplett said. “We cannot keep up with the demand. Employers were reaching out to us and asking why you don’t have anybody for us, and it’s a direct result of policies of [refugee] resettlement.”

For those who make it through a difficult immigration process, there are many options to make living wages and fill desperately needed vacant jobs in the local economy.

“It’s a good situation for us to be in to offer someone a choice in jobs,” he said.

Triplett said Welcoming America was invaluable not just for funding the partnership with Habitat, but for helping Catholic Charities pivot during the pandemic.

“The support of a network like Welcoming America using a peer approach is really great,” he said. “A lot of the things I’ve learned with check-ins I’ve tried to replicate with other funders. Having a report due every month (with other funders) is a hassle sometimes, but having a program coordinator who has some understanding of the work you’re trying to do, that’s always super, super helpful, especially in a time like COVID.”

Catholic Charities is now using this hard-won wisdom as it sprints to respond to a surge of Afghan refugees finding homes and new lives in Louisville.

For Youssef Khalyl, the Zoom conferences helped prepare him for what he hopes is a bright future for his family.

“I want them to finish their education, get a job, start a family, and be stable. I just want them to be good people. It doesn’t matter how much money they’re going to make, but the most important thing is helping the community,” he said.